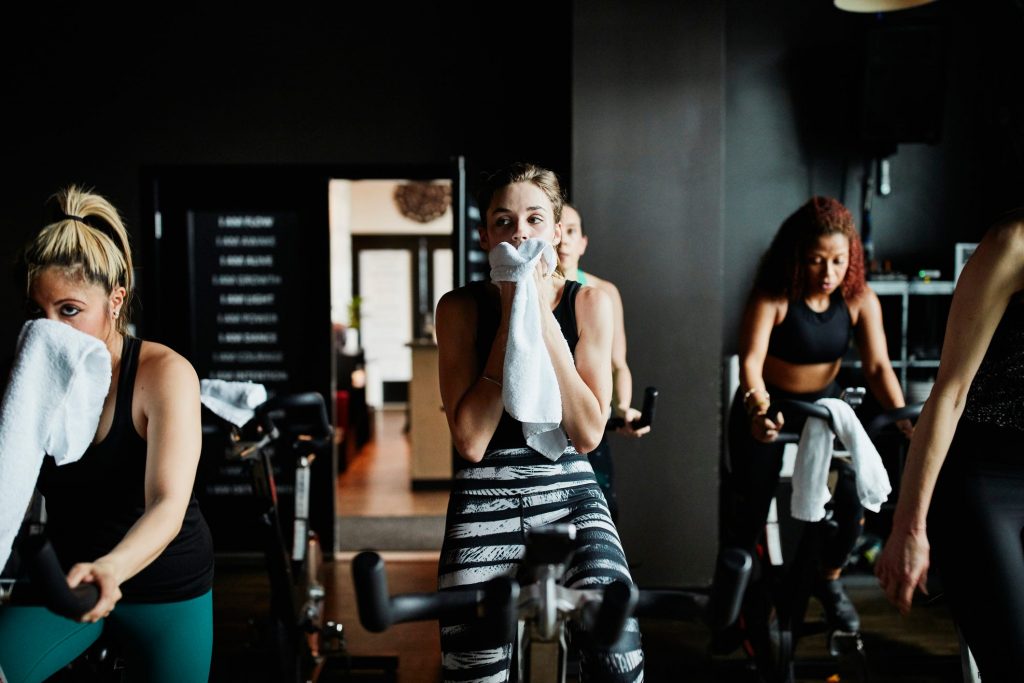 Making sure you catch sneezes and wipe down machinery will help prevent germs spreading.
With the number of coronavirus cases continuing to rise across the world, people are being encouraged to take extra measures to limit the likelihood of spreading germs at home, work, and on public transport.
When attempting to limit any unnecessary time spent in public places, gyms are no exception — in fact, given the sweaty environments and shared equipment, lots of fitness fans are feeling nervous to get their workouts in.
Official guidance varies from country to country, but if your gym is still open, you don’t necessarily need to avoid it, Professor Jonathan Ball, a virologist from the University of Nottingham, explained to Insider.

You don’t need to avoid the gym, according to a virologist

Firstly, people are more spread out in gyms than they would be in, say, a busy subway carriage.
“There’s usually quite a bit of distance in the gym between you and the next person. There isn’t massive proximity,” Ball said.
Just because equipment is shared, it also doesn’t mean gyms are particular hot-beds for germ-spreading, according to Ball.
Also, when people are feeling ill, they’re unlikely to hit the gym even at the best of times — so changes are anyone who is feeling truly sick will stay home.
“The chances of somebody turning up to the gym feeling unwell isn’t high,” Ball said.

Still, in a bid to assuage fears people have around going to the gym or a group workout class, many gyms have sent their members emails offering advice and explaining what they’re doing to manage the situation.
In an email sent to an Insider staffer, Barry’s Bootcamp, for example, said it is “adding antibacterial wipe dispensers in every Red Room [Barry’s studios], additional hand sanitizer stations at every front desk and in the locker rooms, and are ensuring that our team take important precautions against the spread of germs.”
Barry’s UK later made the decision to close its studios, and it’s one of a growing number to have done so.
Meanwhile, 305 Fitness sent an email saying it was “significantly increasing deep cleans at our studios.”
Many boutique fitness studios, such as London’s 1Rebel, are also placing extra bottles of hand sanitizer around the busiest spots like changing rooms and waiting areas.
Other gyms, such as the Foundry in London, have placed extra cleaning wipes in studios.
Although most group fitness studios don’t want to see a reduction in footfall, some are offering more lenient cancellation policies to ensure no one feels pressured to come.

If you’re still worried, there are things you can do to help prevent the spread of germs

There are various things you can do in the gym to help limit the spread of germs, according to Ball — but they’re really the same measures you should be taking everywhere.
“No matter where you go, just always be aware that any surface potentially could be contaminated with a virus,” he said.
A good starting point is limiting person-to-person contact. “Let’s swap high fives and handshakes for booty bumps for the time being,” 305 Fitness suggested.
Meanwhile, SolidCore told its members to tell instructors if they’d rather not be touched: “If you are not comfortable with hands-on adjustments or high-fives during this flu season, let your coach know before class,” it said in an email.
A few other things to keep in mind: