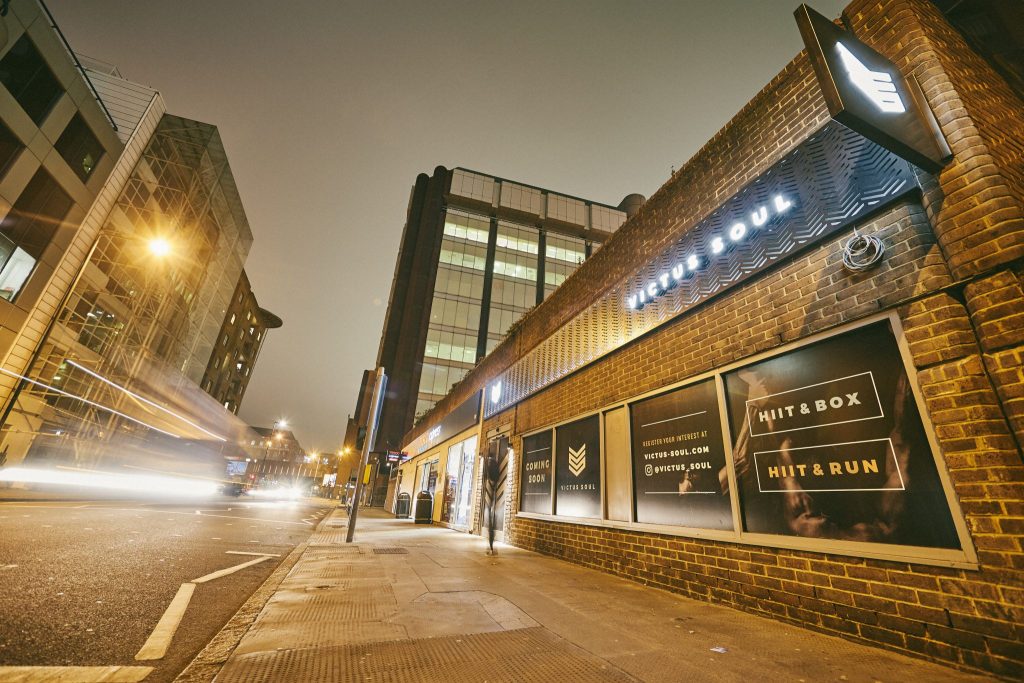 City fitness studio Victus Soul on Mansell Street (Photo credit Victus Soul)
Victus Soul, a fitness studio in Mansell Street near Aldgate, launched in November 2018 and turned a profit from last November.
The business offers high intensity training and boxing to City workers and has 25 staff on an employed and self-employed basis.
Its founder and chief executive Paul Trendell told Gym Owner Monthly  he feared for the businesses’ future after being rejected for a loan under CBILS by Lloyds Bank.
“Lloyds rejected us due to being unable to demonstrate affordability having only recently turned profitable in November. Clearly it must almost be impossible for any new business to obtain this government lifeline and so many new SMEs [small and medium-sized enterprises] will fail,” he said.
CBILS was set up to offer loans to firms with a turnover of up to £45m. Companies can access the money through more than 40 approved lenders and 80 per cent of the loan is guaranteed by the government.
Trendell said Lloyds would not approve the CBILS loan as the business could not show it had been profitable for the whole of 2019.
“We were told one of the criteria we had to demonstrate is that we could afford the loan and they weren’t prepared to look at our recent trading history, it would have to be a 12-month period.
“In 2019 we were loss-making for obvious reasons. We are a startup business and it’s hard to make a profit from day one. We were effectively told there was nothing they could do for us.”
Trendell said Victus Soul, which has £10,000 in cash left, had applied to other banks for CBILs loans, and was also exploring the new government scheme to help startups.
“We will keep fighting and there are some 40+ other banks approved on the scheme to apply to,” he said.
“My biggest frustration is there will be business in the same position as us – viable, growing and employing a lot of people – who aren’t going to exist in two months’ time,” he said.
A Lloyds spokesperson said: “To qualify for CBILS or our own support, among a number of criteria, businesses needed to be healthy and viable before the outbreak of covid-19 and be able to afford to repay the additional borrowing based on their financial performance before the outbreak.
“We will look to support an otherwise healthy business currently facing financial difficulty as a result of the covid-19 outbreak, either through our normal lending options or the government schemes”.
Trendell said Victus Soul has started online exercise classes via Zoom as a way to stay in touch with its customers and to allow its self-employed trainers to earn some money.
“It’s staying in touch with our community, it’s good to see the familiar faces you wouldn’t otherwise have seen via video link.”