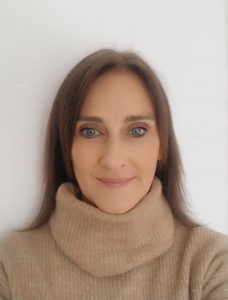 As the sector moves from hibernation to activation, Active Nation has announced the appointment of experienced leisure operator, Diane Vesey as Commercial Director. Reporting directly to the Managing Director, Diane joins three incumbent Team Directors responsible for delivering the charity’s mission to ‘persuade the nation to be active’.

With more than 25 years delivering success in a variety of leisure roles across both the public and private sector, Diane brings with her a wealth of experience and knowledge.

In 1999, Diane Co-Founded Aura Leisure, one of the first contract leisure management companies in Ireland. Over the next 13 years, Diane had a hands-on role as CEO, steering the organisation into the position of Ireland’s largest leisure contractor, managing 15 sites across the territory.

Then, in 2010, Diane joined the world’s fastest growing fitness franchise business, Anytime Fitness, as Director of European Operations. Working directly with Master Franchisors, Diane was responsible for overseeing the growth and sustainability of the franchise brand across Europe. Whilst in post Diane successfully added 350 clubs to the portfolio, established the brand in 7 new territories and played a significant role in the naming of the brand as ‘Number One Global Franchise’ 2 years in a row by Entrepreneur magazine.

Since exiting Anytime Fitness in 2018, Diane has applied her experience to support several other national franchise businesses, both in employed and consultancy roles. Diane is now ready to take on her next major challenge and is excited to return to a UK focused role with Active Nation, a forward thinking, successful charity with growth ambitions.

“I’m really looking forward to getting stuck in”, says Diane. “It’s been a tough year for leisure, no doubt about it, but with hardship comes opportunity. Active Nation is fighting fight, exiting lockdown with optimism and determination to get people back to in-person activity as fast as possible.

“Active Nation On Demand has kept people active and engaged throughout lockdown and, moving forwards, the digital provision will remain a core part of the service offer but people are craving the in-club experience. The pandemic has also spurred a general appreciation for the importance of maintaining a good level of physical and mental fitness in order to tackle disease and infection. I believe there will be a rapid bounce back and we are ready for it.”

Diane is responsible for the commercial performance of the charity. Immediately, this means working with regional business managers and campaign teams to drive commercial success and encourage a resumption of activity occupancy post lockdown. Moving forwards, Diane is tasked with optimising commercial opportunities within the current portfolio and assisting the other Directors with busines growth through new contract acquisition, product development and partnerships.

Stuart Martin, CEO, says: “Appointing somebody of Diane’s experience and pedigree is a game changer for Active Nation. In the last two years we have significantly expanded our venue portfolio to include; 3 new gyms, located in Runcorn, Preston and Ormskirk; a boutique Shapemaster studio in Lymington and a trampoline park in Basingstoke. Our ambition is to further expand the number of venues we manage, whilst also optimising the commercial success of our existing venues. Diane is perfectly placed to deliver this, backed by our incredibly talented team both at HQ and in the field.’

Active Nation has also welcomed Simon Lambert as Trustee. Following a successful career investing in and managing various global holiday property companies, in 1997, Simon founded Parador Properties. Whilst at the helm as MD, Simon drove the company into the position of Europe’s largest seller of vacation villas and apartments. Whilst under his leadership, Parador Properties won numerous National Business Awards and was declared the 4th fastest growing company in Britain, 2003 by The Sunday Times Fast Track.

Simon has always enjoyed a decorated amateur sporting careers, achieving many accolades in multiple sports including rowing, rugby and sailing. Simon joins 3 other Trustees on the Board.