The gym’s owner said he came up with the pod strategy so his clients wouldn’t need to wear masks the whole time they worked out. 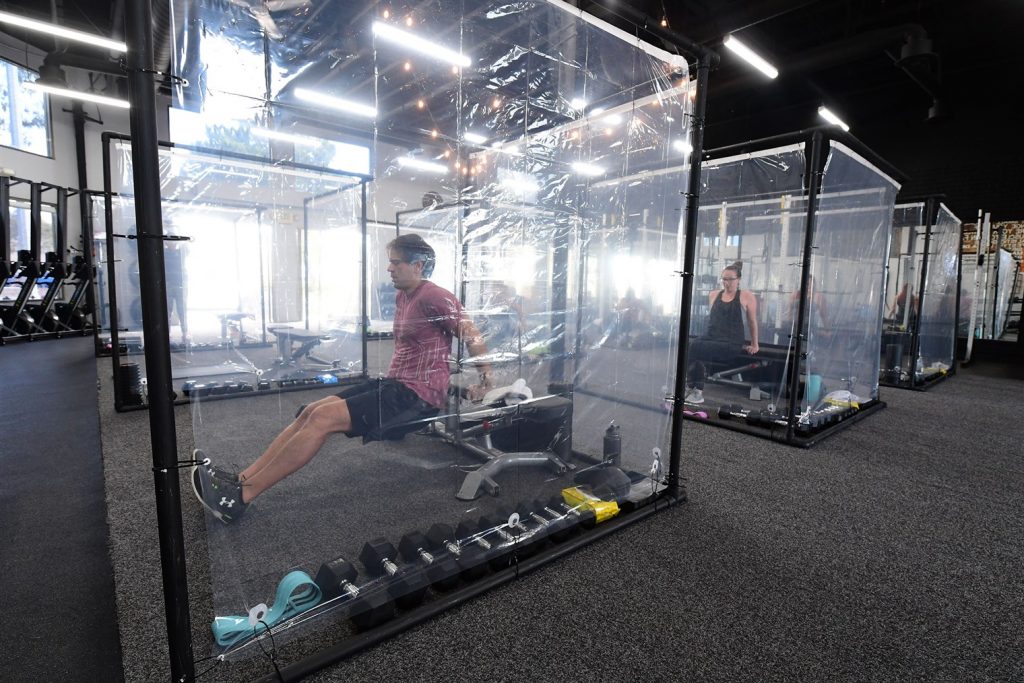 As gyms across the country begin to reopen, many (and hopefully all) are taking precautions to help fitness fans stay COVID-19-free.

One gym in Redondo Beach, California, is taking a more unusual approach: building actual pods with shower curtains and pipes for each patron to work out in by themselves. 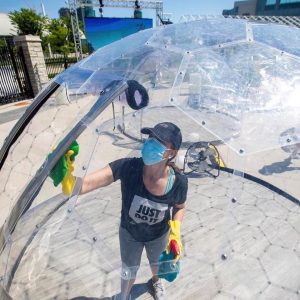 “When we built the dividers, we were like, ‘OK what can we do so that our clients don’t have to wear a mask?’” Sapsin said, adding their contraptions were “well received.”

“Everybody was super excited,” he said on Monday. “Our classes were maxed out this morning.”

A small gym with usually only around 30 people working out a day, he said each class they run with the pods will only have nine people inside.

“If you stand in the middle of the pods you’re at least 10 feet apart,” he explained. “We turn off the AC the entire time and open up all our doors and have fans that push the air out.”

Sapsin added if clients are still concerned about working out at the gym, they can stay home and watch their workouts online. Sapsin plans to keep streaming classes online until there’s a COVID-19 vaccination.

“We’re following all the guidelines,” he said. “Overall … our facility is contact-free from the student’s perspective. They don’t touch anything.” 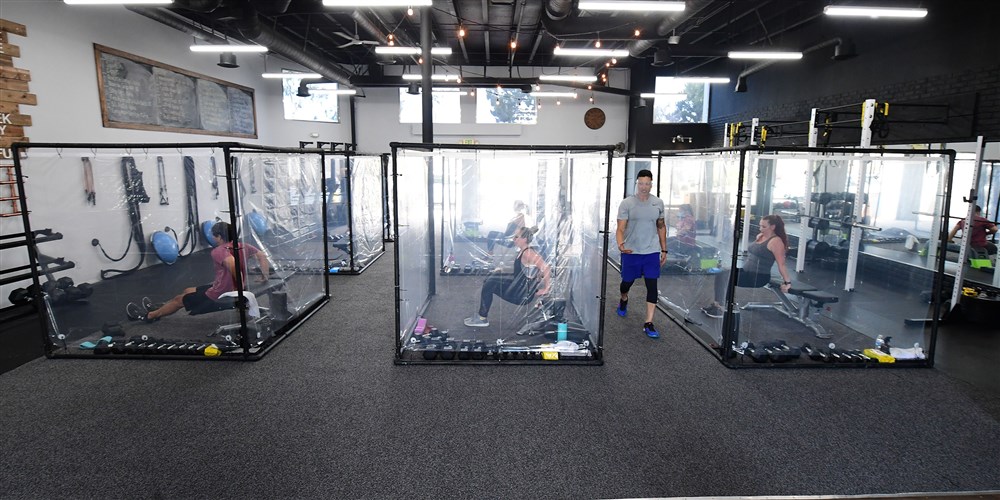 Komar said students wait outside until just before the class opens, and they walk them in only four people at a time and check their temperatures and ask them to use hand sanitizer. Each class is only allowed to have 20 people in a room that would normally fit 50 to 60, and there is an extended period between each class to let the rooms clear out and be sanitized again. He added there is a commercial-grade ventilation system he happened to have installed when he opened the studio three years ago.

“Before all this, I was a huge believer that you need fresh air in a yoga studio,” Komar explained, adding the air is circulated through a HEPA filter within the ventilation system several times throughout each class.