There are currently 425 million posts (and counting) on Instagram under the hashtag #fitness. A never ending stream of food, workout routines and gym selfies.

Often characterised with bulging veins, tense expressions, and protruding muscles you didn’t even know existed, these selfies give the impression the person pictured is the epitome of health. Or so their caption claims.

But for some athletes, it’s not just meal plans and dumbbells helping them to carve their Grecian physiques. The use of anabolic steroids,also known as juice or roids, is one of the community’s worst-kept secrets.

Arnold Schwarzenegger famously admitted he had used steroids, a drug which mimics the effects of the male hormone testosterone to increase muscle mass and performance, when he was a competitive bodybuilder. And, although today’s bodybuilders are not so open about their use, experts believe they are more prevalent than ever.

“The likes of Arnie were the first steroid users in the limelight, but when you compare the amounts of steroids that those types of people were using, they were minute in comparison to what people are taking today,” says Francesca Shearer, senior recovery worker at Smart Muscle, a specialist harm reduction clinic for steroid users in Leicester. 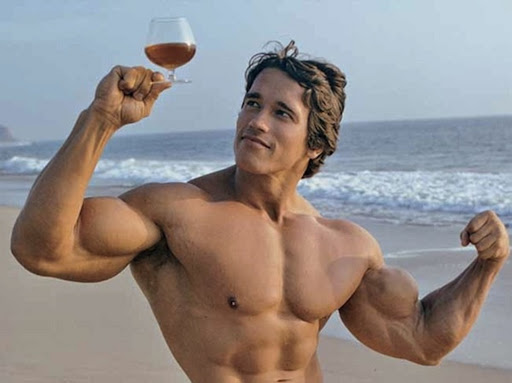 The service, which launched in 2017, is one of a handful of such clinics across the UK. The majority of people who visit Smart Muscle come for the needle exchange, but as a competitive power-lifter herself they often agree to speak to Shearer about their steroid use, as they see her as credible.

“The issue with it is that the clients don’t often see it as a problem, and they feel like certain treatment services don’t understand them, and their training and their reasons behind it,” she explains.

Taking steroids is seen as a “quick fix” for many young men who join the gym and want to get big fast, Shearer says.

“I think that is down to social media, the Instagram thing, (they want to) look like people on social media.”

This month it was reported that steroids, a Class C drug, are now widely available for purchase via social media, with over 63,000 posts on Instagram alone mentioning Dianabol, a steroid that can be swallowed or injected.

In a statement, Facebook, which owns Instagram, said that it blocked users from searching for hashtags like “Dianabol” or “uksteroids”. But a Google search for “buy steroids UK” draws 23.4 million hits, with the first website boasting next day UK delivery for over 250 different types, demonstrating the ease of availability.

As a Class C drug it is legal to possess anabolic steroids for personal use, but it’s illegal to import or export them by post or courier, meaning ordering them online is an offence.

Possession of steroids with the intent to supply is an offence, which can carry a prison sentence of up to 14 years. For example, if you are caught giving them to friends, this is classed as supplying drugs.

Due to this freedom of access, the demographic of users has changed, according to Ian Hamilton, associate professor of addiction at the University of York. People who were not necessarily seeking them in the past, may now become curious due to what their friends are doing, or what they have seen on Instagram, he explains.

“Young men have caught up with young women in terms of becoming conscious about body image and how they can improve their own physique,” says Hamilton. “This has played into increasing concern about young men using steroids.”

John Campbell, who manages the Glasgow Image and Performance Enhancing Drugs Clinic (IPED), which was set up in 2010, said the reasoning behind a lot of steroid use today has changed. It is less about bodybuilding, and has become “far more image focused”.

Steroids are the fitness equivalent of a cosmetic procedure, he explains. “We know now people are far more likely to have Botox, lip fillers and cheek fillers. People are using steroids as image enhancing.”

On average 15 people visit the specialist Glasgow clinic each week, which is about 500 people per year. “We’ve done around 1,000 blood tests over the last 10 years,” Campbell said. These tests are often the main reason clients visit the clinic, as they want to know if the drugs have caused any significant damage to their organs, or affected their testosterone levels.

“Most problems come post-cycle, with people’s natural testosterone being so low. They are often lethargic, suffering from a loss of libido, or erectile dysfunction,” he explained.

Another IPED clinic was set up in Edinburgh around eight months ago, which also carries out blood tests. “I would like to see more specialist clinics,” Campbell said. “The ideal scenario is someone visits a clinic before they purchase steroids, so they can enter into a discussion about the potential dangers and consequences.

“If you go online and you’re looking for information on testosterone or steroids, you’re often directed to a site that’s quite one sided, for most people they are unable to have accurate and balanced information.”

One of the biggest risks from steroid use is getting the dose wrong, Hamilton explained, and many users are relying on incorrect information from the internet and social media to learn how to inject. When ordering steroids online, users have no idea what they are actually getting. “It’s not uncommon for these vials to be containing something else or to be contaminated,” adds Hamilton.

“It can have a real effect on your heart and your cardiovascular system, so young men can be at risk of things they wouldn’t normally be at risk of until their sixties, such as a stroke or heart attack. They are pretty serious drugs in terms of what they can do and they can be life threatening,” he says.

Through the Leicester based clinic Shearer has heard of users being hospitalised due to injecting problems, such as developing abscesses. But the needles have also posed dangers to staff and other gym users, with instances of the “pins” being found in the bins of local gym changing rooms, she explained.

However, despite her efforts to distribute information about the risks of using steroids around the area, and suggesting needle disposal boxes should be placed in gyms, the majority, particularly large chains, have been unhelpful, Shearer says.

“Their reasoning was it might be promoting steroids, but it isn’t. It’s about reducing the harm. We know that steroid use goes on in gyms, so it’s about trying to keep members safe.”

One of the biggest health issues Shearer has witnessed with steroid use among young men relates to the effect it has on their testosterone.

“They are having sexual dysfunction, or when they want to try for a family they struggle,” she says. “It’s inevitable.”

Testosterone and fertility issues are not uncommon with steroid users, says Dave Thomas, personal trainer and director of London gym chain The Foundry. He recalls an athlete who took steroids for two years, and when they wanted to have a family were unable to conceive.

Thomas, who has never taken steroids himself but has seen the effects on others, believes steroid use can leave people with a “ psychological craving” for more. 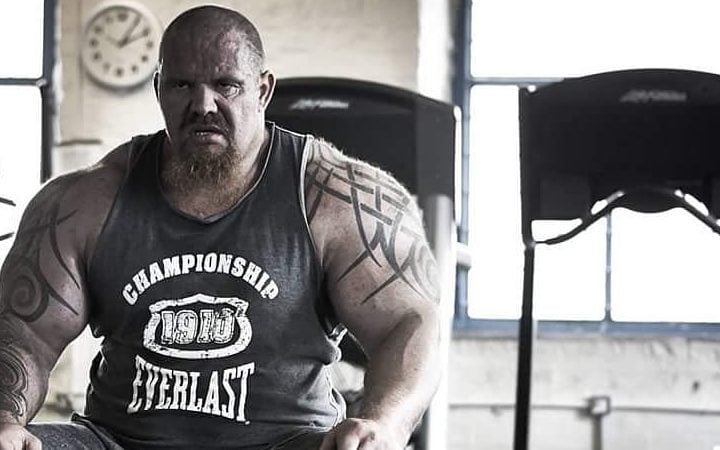 Dave Crosland, a former steroid user who runs a specialised drug and steroid advice service, first took the drug in 1990 aged just 19. His first “cruise” lasted four years. “Back then that was quite abnormal, most people would do eight to 12 weeks,” he said.

During that cycle, due to previous injury and overexertion, Crosland fully detached his left peck and stopped using the drugs. But fifteen years later, after gaining weight and a period in prison, he took up fitness again and started another cycle.

“When I got back into the world of steroid use it had completely changed. Guys were getting access to all sorts of drugs at very early stages in their usage,” Crosland said.

In the ’90s to get the drugs you had to prove yourself, and your ability to train hard, to a more experienced user first, “you almost had to serve an apprenticeship,” Crosland says. “Now people can access drugs online and buy their cycle having never set foot in the gym in their life.”

Crosland believes he knows of 20 to 30 steroid related deaths in the last year in the UK. “These are people that I know, who used steroids and have died, and in pretty much every case it’s been a heart attack,” he says.

Now in his 50s Crosland is still training, and is currently on a “journey from monster to complete and total freak” in attempting to push his body to “its absolute size limit” – though he said he no longer takes steroids.

“What people want to achieve could be achieved naturally, if they actually bothered to make some effort,” he says. “The reason why bodybuilding was such a niche sport was because it could only be handled by a few.”