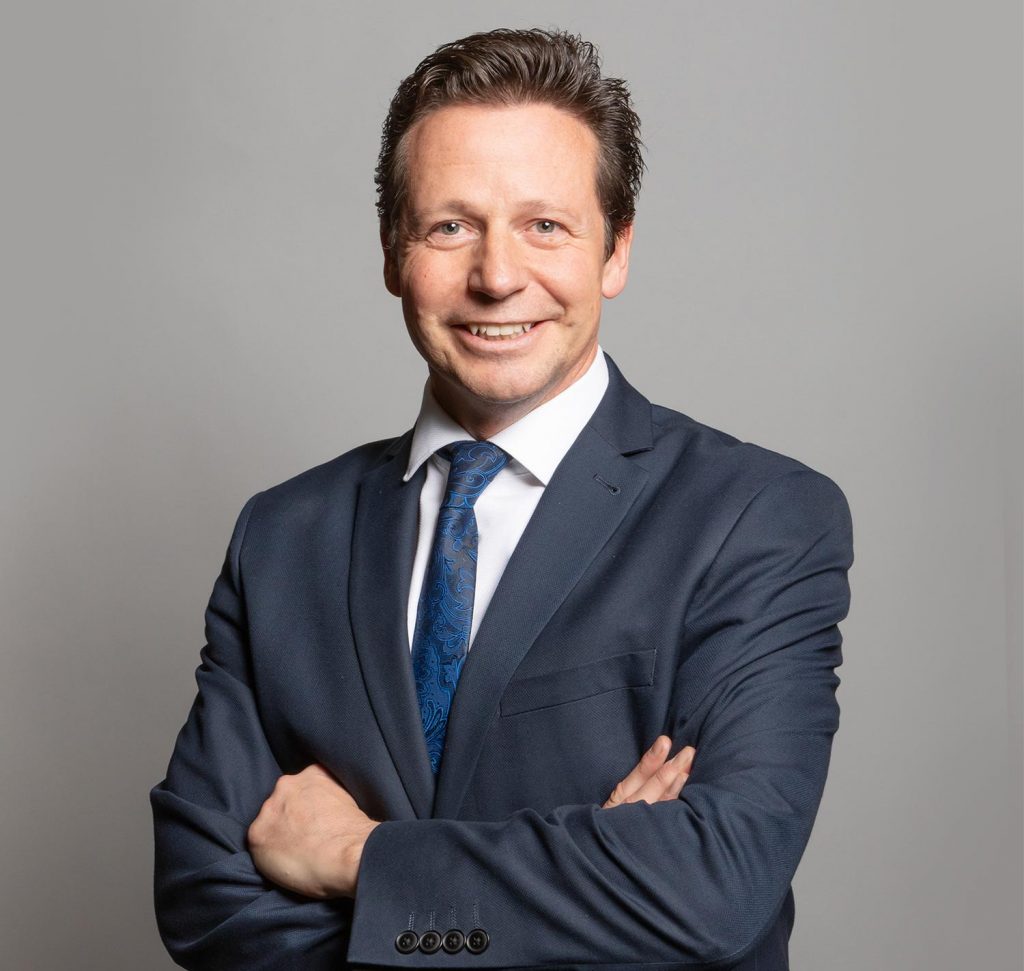 Huddleston said physical activity was ‘crucial to the health and wellbeing of the nation’ / UK Parliament (members.parliament.uk)
Sports minister Nigel Huddleston has said the DCMS is working closely with Sport England to promote health and fitness during the current lockdown – and that it’s using the sports body to in turn engage with the fitness industry.
Huddleston made the comments in response to a written question from Luke Evans, the Conservative MP for Bosworth – who is also a GP.
Evans tabled a question to the Secretary of State for DCMS, asking him to outline the steps the department had taken to “involve (a) gyms and (b) personal trainers in promoting health and fitness during the COVID-19 outbreak”.
The question was answered by Huddleston, who began by saying that physical activity was “crucial to the health and wellbeing of the nation”, adding that “we have been working closely with our national sports council Sport England to continue to promote health and fitness during lockdown”.
He then continued by outlining details of Sport England’s Join the Movement campaign – using it to address Evans’ question about gyms and PTs.
“Sport England has launched the Join the Movement campaign which provides tips, advice and guidance on how people can keep or get active in and around the home,” Huddleston said.
“Join the Movement has involved the health and fitness industry, including partners like ukactive, in the development of the campaign. Its online hub offers free exercise content and advice from organisations such as the NHS.
“Workouts from fitness brands and influencers such as Les Mills on Demand, The Body Coach (Joe Wicks) and FiiT are also available via the hub, many of whom are offering extended free trials to help people get active at home.
“As part of the campaign, Sport England is keen to hear from those who have more content to share and they have also urged those who share their ambitions and values to help spread the message of Join the Movement across the nation.
“In addition, the 450 school games organisers, funded by the government, have been redeployed to help children and families to get active at home using online content.”
Commenting on the DMCS response, Geremy Sagoe, head of public affairs and policy at ukactive, said: “We are pleased to hear the sports minister acknowledge the power of ukactive’s partnership with Sport England as we collaborate on the Join the Movement campaign to help keep people active at this difficult time.
“The question of fitness during lockdown was raised in the House by an MP who is also a GP, but you don’t need to be a doctor to know that daily physical activity can play a vital role in the physical and mental health of people across the UK during this crisis, and it will be critical for our nation’s recovery when we emerge from the lockdown.
“ukactive continues to work with the government to ensure that gyms, leisure centres and other activity providers are supported to survive the lockdown and then reopen safely and in a way that is financially viable once the current restrictions are eased.”