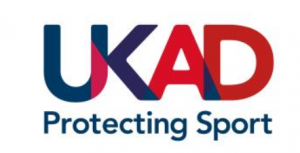 • Nearly 1,000 more tests carried out than last quarter
• Big increase in tests for Olympic and Paralympic sports ahead of Tokyo

UK Anti-Doping (UKAD) has released its quarterly testing report for April to June 2021. As COVID-19 restrictions began to ease further, and ahead of the Tokyo 2020 Olympics and Paralympics, UKAD has been able to deliver an extensive testing programme, returning to, and often exceeding, pre-pandemic numbers. In this first financial quarter of 2021, 2,200 tests were carried out (compared with 1,324 last quarter).

The figures for the quarter show all sports, especially those in Olympic and Paralympic sports, got a significant boost. The most tested sports were football, athletics, rugby union, rugby league, swimming and cycling.

The figures show a significant increase of nearly 1,000 more tests than the previous quarter when UKAD, adhering to Government guidelines, was obliged to deliver a modified testing programme. The modifications, designed to keep both athletes and Doping Control Personnel safe, included scrupulously observed hygiene protocols, use of PPE and social distancing, and remote video monitoring of sample collection.

“After a challenging year and a half for everyone, it was good to see our testing programme back on track. Compared to the same quarter last year, when the first lockdown meant sport had all but stopped, this quarter we completed 2,200 tests.

“As the Tokyo 2020 Olympics and Paralympics were drawing nearer it was important to boost testing. The build-up to any major event is a high-risk period in relation to anti-doping, and through the delivery of a comprehensive, risk-based and intelligence-led pre-Games testing programme, UKAD, along with all other anti-doping organisations, endeavoured to keep the Games clean. That we managed to significantly boost testing numbers is a credit to our hard-working teams, both internal and out in the field, who showed dedication and professionalism in redoubling their efforts”.

“But even prior to this latest quarter, and all across the difficult pandemic period, we managed to continue our testing, continuously adapting our practices to adhere to evolving guidelines. Our strategy allowed us not only to deliver a testing programme that is intelligence-led and risk-based but to also deliver education and outreach programmes to boost knowledge and awareness of the risks. This component of our work focused on prevention, sporting integrity, and the value of fair play was especially important across a sporting calendar decimated by the pandemic.”

In addition to UKAD collecting samples from British athletes in the UK, international tests of UK athletes based overseas while training is conducted on behalf of UKAD by the local National Anti-Doping Organisation or private Sample Collection Agency. International-level UK athletes may also have been tested by their respective International Federation.

UKAD will continue to test athletes ahead of the Tokyo 2020 Paralympic Games which begin in just under two weeks’ time (24 August) and across the rest of the sporting year. Athletes are reminded that testing can happen anytime, anyplace.