How a Liverpool gym led a local rebellion against the government’s inscrutable rules. 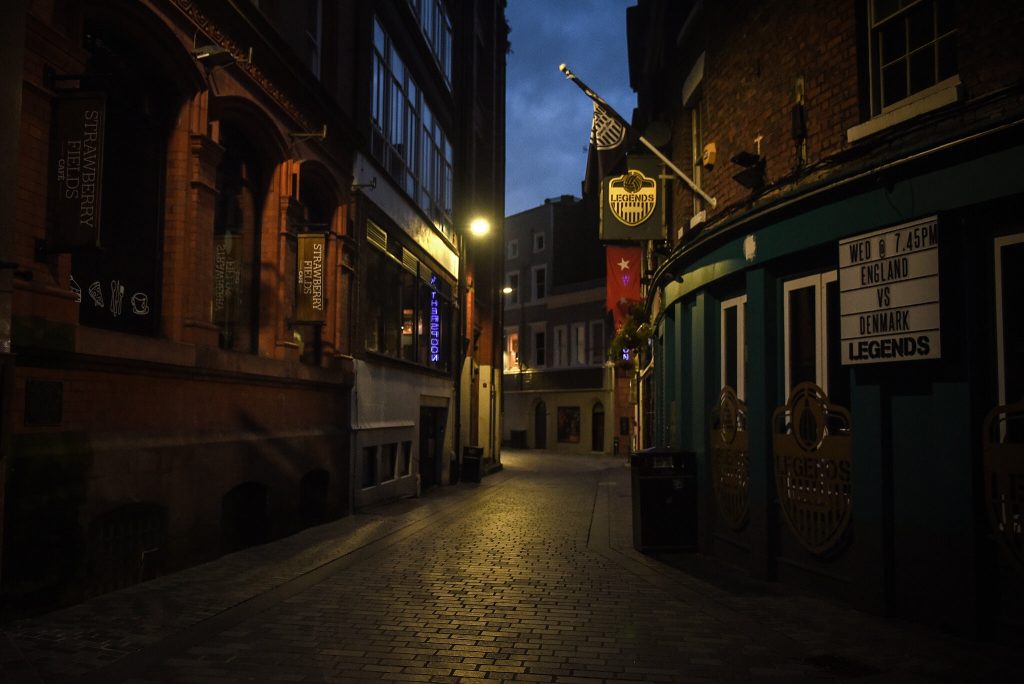 LIVERPOOL, England — The first time the police came to the Body Tech Fitness gym it was with a polite warning. But four hours later they were back, and this time in force.

As lunchtime gymgoers worked out, about half a dozen officers, some with Tasers, ordered the closure of the fitness center, which had been deemed in breach of England’s toughest coronavirus restrictions.

But even a show of strength like that doesn’t always work — particularly not in a city like Liverpool.

While the main entrance was closed, the gym kept a discreet side door open for members to come in and work out. On Friday, in a head-snapping turn of events, the gym will operate legally for the first time in nine days, having forced the authorities into an unlikely retreat.

The Body Tech Fitness saga, with its combination of opaque rule making, inconsistent enforcement and, ultimately, reversal, is in many ways emblematic of the British government’s overall performance since the outbreak of the coronavirus. Its handling of the pandemic has been in turns hesitant, halting, confused and contradictory — with policy deliberations taking place behind closed doors and limited engagement with the people and places bearing the brunt of the orders. 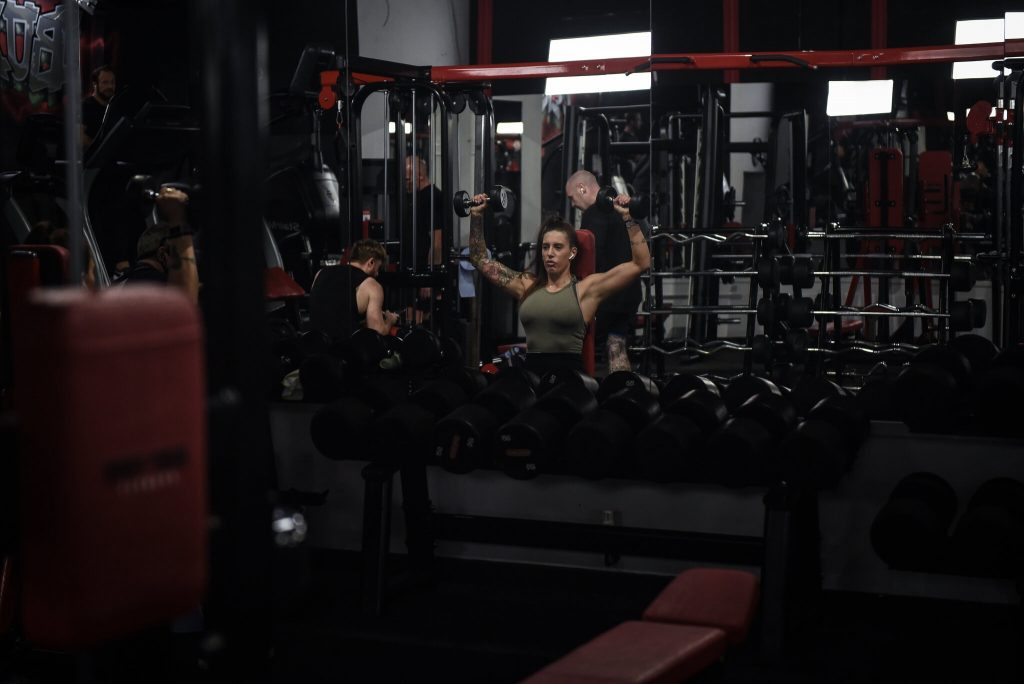 Over time, that has generated confusion and distrust, along with signs of growing resistance to the diktats from Westminster. And if there was one place that was not going to suffer quietly, local people say, it was Liverpool.

“Anyone who’s from Liverpool will tell you they are proud of the city. Historically, we have shown that we are not going to lie down when something is unfair,” said Nick Whitcombe, 29, the owner of the gym in Moreton, about six miles from the city center, as he celebrated a victory achieved through concerted lobbying of politicians and slick outreach to the media.

“Strategically, if you were trying to enforce an unjust measure anywhere, Liverpool should have been the last place to do it,” added Mr. Whitcombe, a former stuntman and body builder who can make his case like a seasoned politician.

Resilience — some would say stubbornness — has long been considered a feature of this port city, historically enriched by commerce but more recently battered by deindustrialization and unemployment.

In the 1980s, economic decline brought some of the highest rates of joblessness in the country, riots and pockets of real deprivation, before more recent regeneration spurred recovery in the city, which has always had a strong sense of identity. 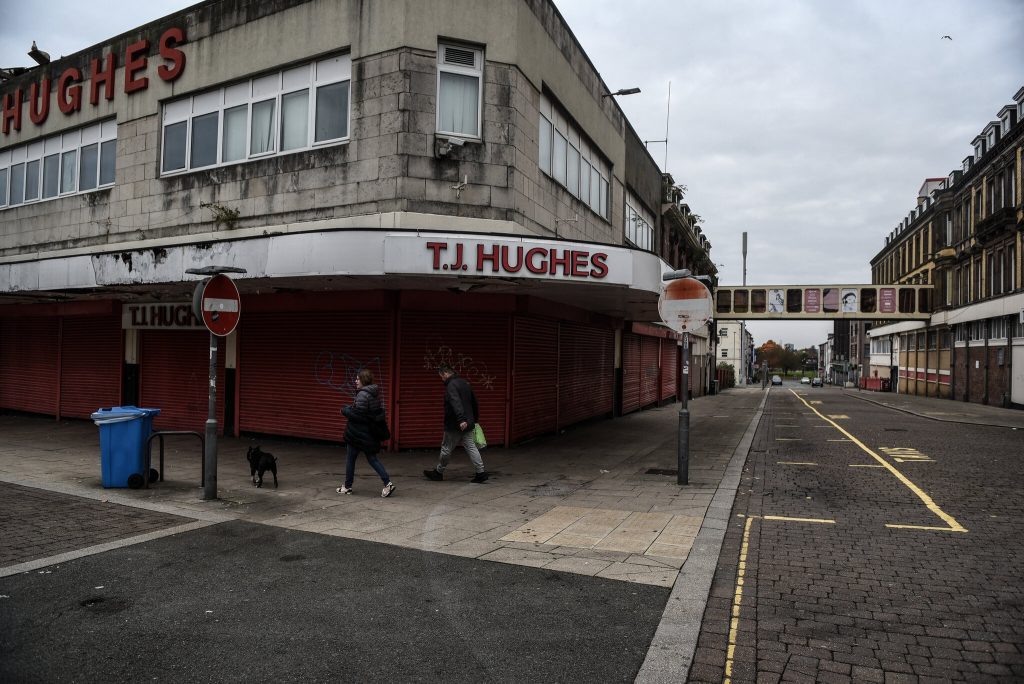 None of that has made the city an easy testing ground for a new system of coronavirus rules that divides England into three tiers, with corresponding restrictions, depending on the seriousness of coronavirus infection rates. While the main aim was to reduce social contact, the government also hoped the system would allow schools to stay open and protect the economy as much as possible.

The overarching imperative was to avoid a repetition of the full national lockdown that sent the economy into free fall earlier this year.

Instead, the system has left many frustrated and confused, even as they acknowledge the gravity of the worsening health situation in Liverpool, whose mayor, Joe Anderson, lost a brother to Covid-19.

One of the most blatant contradictions was the order to close gyms in Liverpool while those just miles away in Lancashire — also placed last week in the highest tier of restrictions — were allowed to operate. (The reverse was the case for indoor playgrounds.)

There were other oddities. While there is a ban on people from different households mixing, pubs can stay open. The catch, however, is that they can only do so if they serve meals.

According to Paul Brant, the Liverpool City Council member responsible for health, the risk is “incomprehension by the public, who then are less likely to follow the rules.” 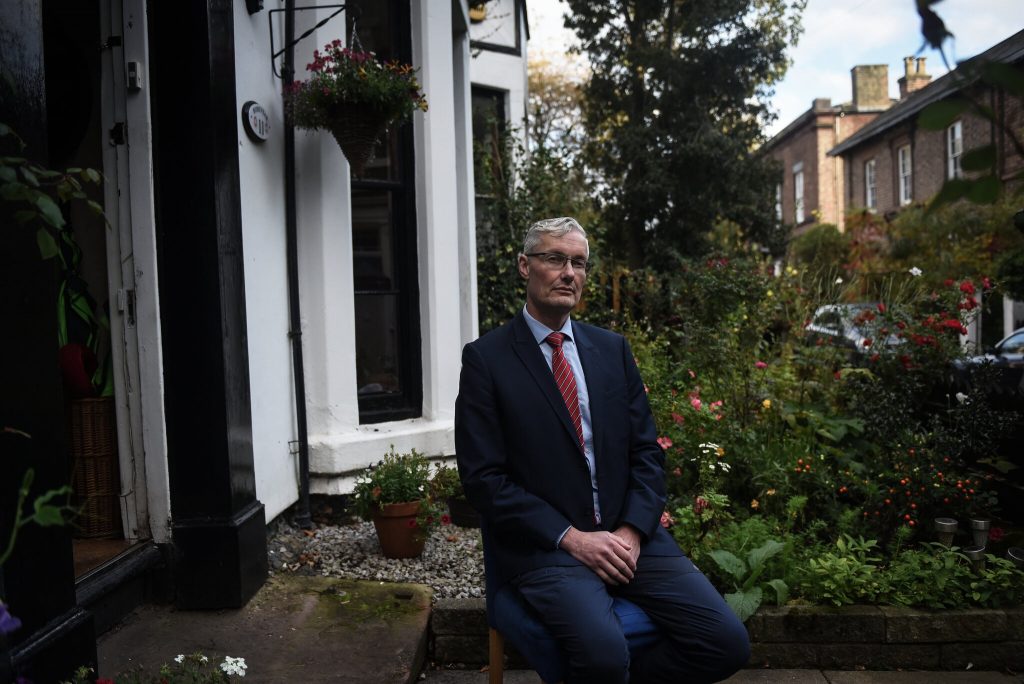 Mr. Brant is a member of the opposition Labour Party, which runs Liverpool, a city that has never been strong territory for the Conservative Party of Prime Minister Boris Johnson.

But Mr. Brant thinks that the government is guilty not only of bad politics but also of “terrible public health, because we cannot police our way out of this pandemic, we have to do it through public consent.”

Right now, that has been strained — sometimes close to breaking point — though there is less consensus about who is to blame.

“People in London are making decisions that they don’t really understand,” said Joanne Buckley, 34, as she worked out at the Body Tech Fitness gym, a converted cinema that contains a huge sign reading, “The People’s Gym.”

Ms. Buckley acknowledged that government ministers and public health authorities were “in a very high-pressure situation, so I struggle to entirely blame them.”

The dangers of Covid-19 are well known to her: She lost a family member to the disease. But she does not see a gym with good hygiene standards as a danger, and she said exercise helped her control a pain disorder.

After days of argument with Mr. Whitcombe and local politicians, the government reversal over Liverpool’s gyms was announced in Parliament on Wednesday.

But that does nothing for other businesses in the city, including the comedy club Hot Water, whose owners now feel their predicament matches the club’s name. 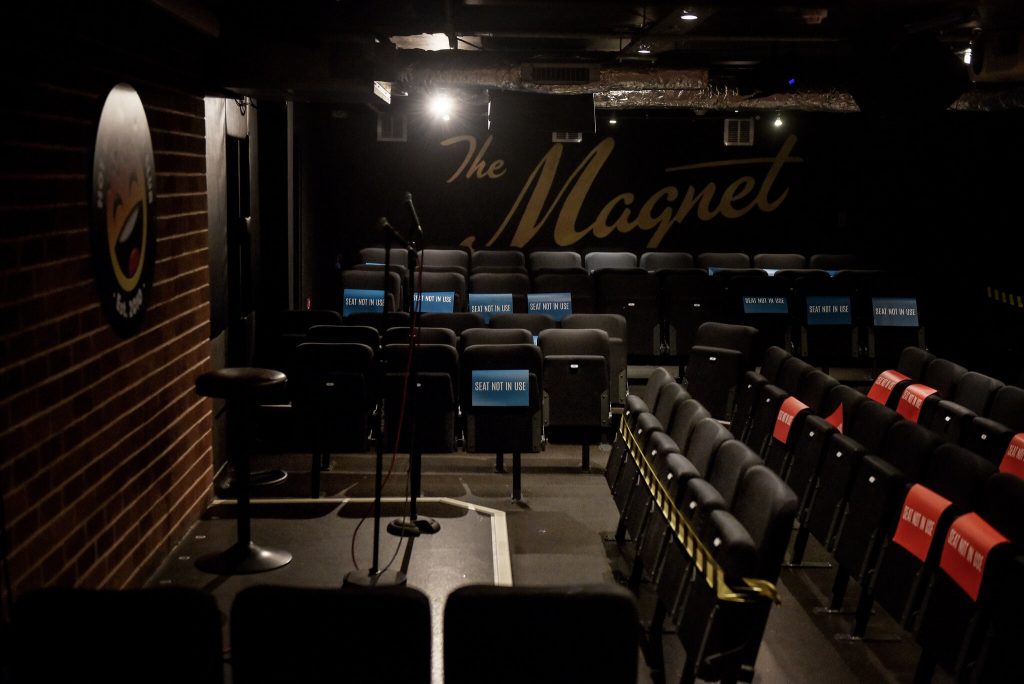 In the effort to keep operating, the club has had to address a bewildering web of orders, each more damaging than the last. First, seating had to be reduced. Then, it was prohibited to sell drinks directly from the bar. Most recently, all sales of alcohol were banned because the club does not serve food.

The club has kept customers informed through a blizzard of emails and in person. The reaction has not always been good.

“You try explaining to people on a Saturday night, ‘You can’t get a drink, but you can get a nonalcoholic cider,’” said Binty Blair, a co-owner, as he prepared for another session that would go ahead with many of the seats unused. “It does not go down well,” he said.

Some establishments have tried serving a token portion of food, perhaps a pizza slice, to circumvent the alcohol ban. But Mr. Blair rejected that idea.

“I don’t see why I should pretend,” he said, noting that there were “people in town who are doing it — places where people are just ordering a dessert and they are leaving it on the table all night and they drink as much as they want.”

He rejected the other alternative of closing down, because that would threaten the livelihoods of the staff and of the comedians who perform there.

Although he said he was confident that the comedy club could survive and eventually recover — despite a loss in revenue of around 1 million pounds, or about $1.3 million, to date — Mr. Blair expressed fear for the vibrancy of a city whose nightlife famously launched the Beatles. 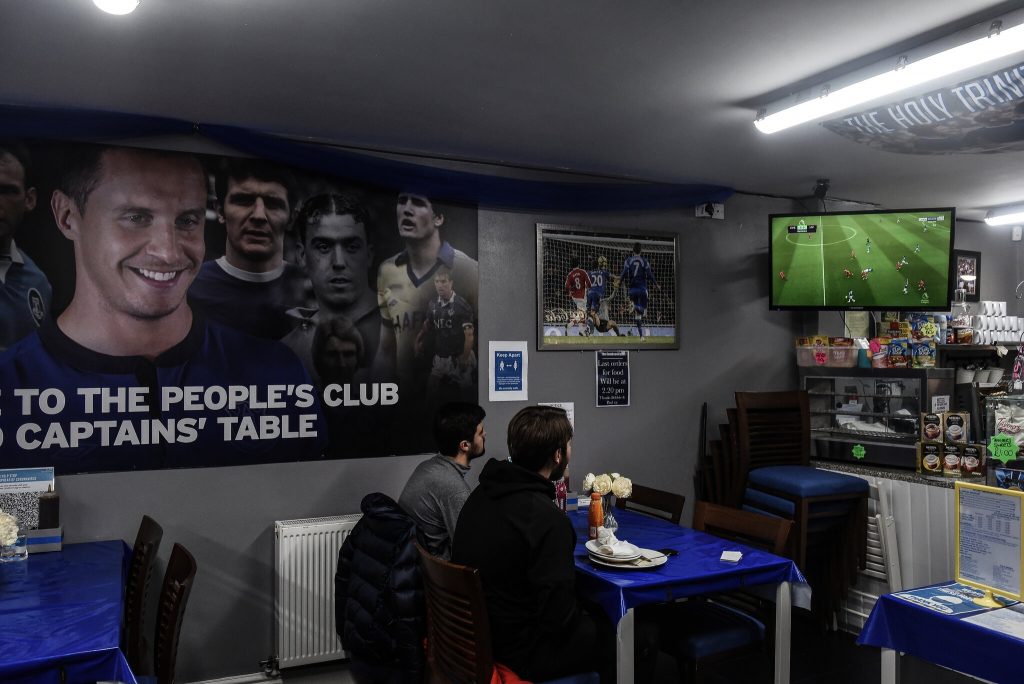 “We rely on there being a scene. You can’t be the only thing — us surrounded by rubble,” Mr. Blair said. “Liverpool nightlife is that famous.”

Balanced against such concerns are the health risks brought on by the rising level of infections.

Health experts say they believe that the situation in Liverpool and in other northern cities is particularly acute because the virus was more prevalent there when national lockdown measures were lifted this year.

Another factor cited is the structure of Liverpool’s economy, which is particularly strong in arts and culture, care homes, hospitality and tourism, sectors that involve a lot of face-to-face contact.

It is also a university town, and the arrival of students from different parts of the country complicated matters further.

Even before the students returned, the City Council called for a short but much deeper lockdown, accompanied by an economic support package, to try to slow the spread of the virus. That never happened, and some fear the outcome is the worst of all worlds.

Waiting at Liverpool Central rail station, Hannah Rainford, a 22-year-old student, was skeptical that citizens would take much notice of regulations that allowed pubs to stay open but only if they served food.

“So many people have been confused, and it is just such a mess,” she said. “I think people have their own rules now.” 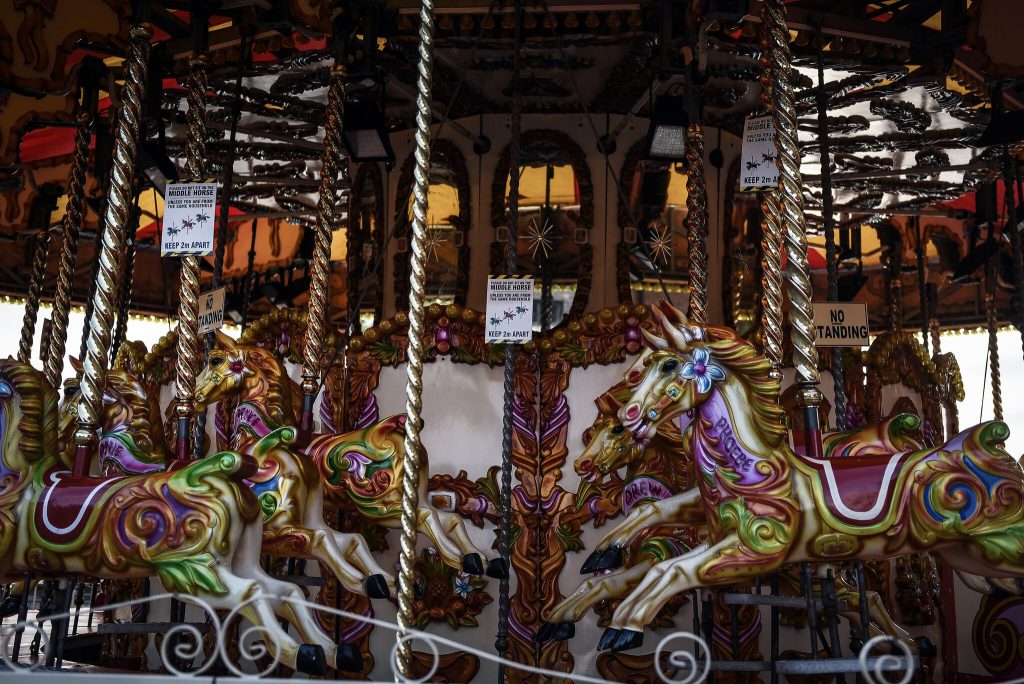