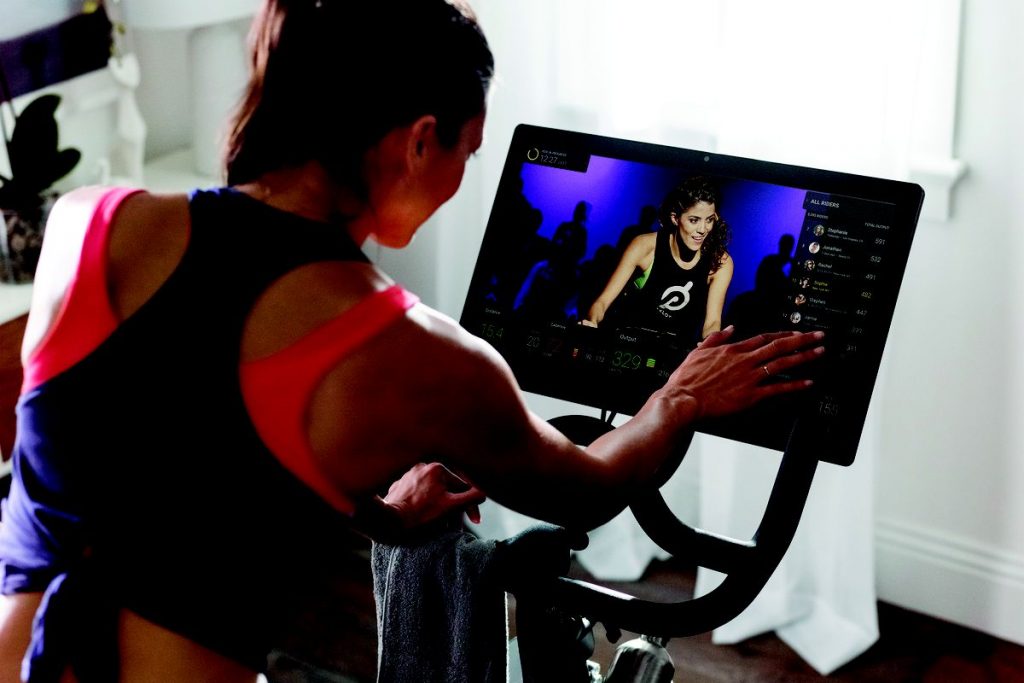 Most U.S. companies are going now on week five of maintaining social distancing guidelines and physical retail closures; thus, they have moved from tactical triage to longer term strategies to ensure business survival . For beauty, wellness and fitness businesses with salon, spa or boutique workout environments, the pivot to digital has been fast and furious.

Arguably, companies like Obe, Pelton and Mirror were better equipped for the quarantine era because of their core at-home offering, but driving digital engagement and revenue has clearly been on the minds of IRL-based wellness and fitness brands like Barry’s, SLT, Forward Space and Mindbody. On April 13, both Barry’s and SLT launched their individual virtual series that priced Zoom classes at $20. New York-based dance studio Forward Space will be unveiling its virtual hub next week, as will Exhale. Mindbody, for its part, rolled out its digital tool for partners like Lululemon this month; using the company’s software, customers can book virtual classes through the Mindbody app or site just as they had previously booked in-person versions. Originally, the brand had slated this feature for September.

“As soon as we voluntarily closed our Red Room [what Barry’s calls its studios] doors, we knew we had to keep our family moving. Within days, we began delivering 20-minute complimentary, live Instagram workouts from favorite Barry’s instructors,” said Joey Gonzalez, CEO of Barry‘s.

Rick Stollmeyer, co-founder and CEO of Mindbody, offered similar thoughts: “We had customers reaching out saying, ‘We can’t pay you,’ ‘What can you do for us?’ Virtual extensions of classes and spas presented a huge opportunity for both our business partners and us, so we accelerated our virtual launch to make it ready as soon as possible.” Mindbody works with 60,000-plus spa, salons and fitness partners, and its basic virtual consultation packages cost $129-per-month for businesses. The company also takes a 1% commission cut on auto-payments and purchases of product on its platform.

The big question for Barry’s, Forward Space and fellow likeminded companies is how to negotiate the free digital element it offered to customers before and get them to pay for similar services now. Like the fashion brands that are frantically trying to salvage short-term revenue through sales and promotions , these companies need to understand that offering free virtual consultations and complimentary fitness classes affects long-term customer behaviour. It teaches consumers that they may not have to pay full price or can hop from free digital class to free digital class since the options abound.

ClassPass did just that; it taught customers that they could class-hop at various studios instead of buying a a gym membership. Earlier this month, it had to lay off and furlough  just over half of its employees, disclosing in a statement it had lost 95% of its revenue because of Covid-19.

Stollmeyer said Mindbody laid off and furloughed 700 employees earlier this month because the company lost about two-thirds of revenue in the second quarter. In the third quarter, Mindbody is cutting revenue forecasts by half. Just last year, Vista Equity Partners purchased the tech-meets-fitness company for a whopping $1.9 billion.

“We are trying to mitigate the risk of the coronavirus impact, and we feel strongly that customers are going to want their local studios to come back to them. They want more than Peloton.” said Stollmeyer. Still, he said Mindbody, which has international operations, has not seen Asia rebound like some have hoped. Thus far, activity has been about 20% of what is normal, he said.

Gonzalez said he did not feel like it was appropriate to sell a digital Barry’s subscription when coronavirus was only starting to take shape in the U.S.

“It was important for us to offer complimentary content to foster an inclusive environment and to maintain connectivity with our global community. As this pandemic developed, it became apparent that we needed to evolve the digital product to meet the financial objective of continuing to support our fit fam,” said Gonzalez, who waived his CEO salary on April 9. The Barry’s team was also hit with cuts: Part-time, hourly staff were let go, “some” full-time employees were furloughed and the leadership team’s salaries were also reduced.

Kristin Sudeikis, founder of Forward Space, said it was important to take a “listen and lead” approach to digital, as the status of the pandemic is constantly changing. “I decided that rather than wait out the quarantine until we could reopen, we had the opportunity to fast-track our growth model and pivot our efforts,” she said.

Both Stollmeyer and Gonzalez agreed that digital classes would not be a revenue driver in the immediate future. “In full transparency, this platform wasn’t created with the expectation of generating any profit,” said Gonzalez.

However, there are some early markers of success and proof that customers might actually pay for IRL-turned-digital offerings: Mindbody has seen 7,000 partners adopt its virtual offering service, and between March 31 and April 7, 125,000-200,000 virtual classes were taken a day.

“Ninety-three percent of consumers surveyed say they’ll go back to their previous [workout] routine, but there will be a weeding out of some businesses that were overbuilt in certain regions,” said Stollmeyer. “We’re doing our best now to ensure we have a business to come back to.”